375 Years of Titchenals In America

. . . devoted to recording, preserving and enjoying our family history 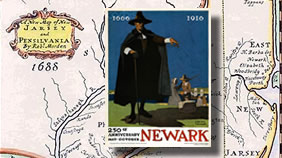 The Tichenors were one of thirty families that moved from New Haven Colony to found the city of Newark, NJ. 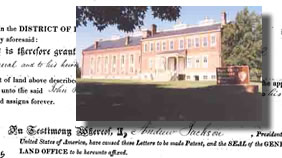 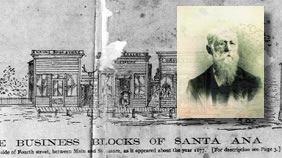 William Titchenal purchased the first lot of the new town of Santa Anna California for 15 dollars in 1869. 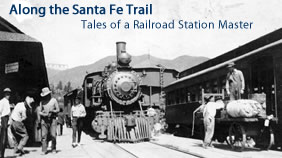 C.E. Titchenal was a Santa Fe Station Master for 30 years in the early twenty century. Read his story in "Along the Santa Fe".

"The little domicile 'neath' the old sycamore in our today's sketch of old Santa Ana was the result of a deal between W. H.. Titchenal and W. H.. Spurgeon in 1869, the latter selling the former one lot at $15.00 and giving him another one on condition that he would build a house thereon. Thus the nucleus for a town was started. Santa Ana it was called. Other buildings followed fast." The above quotation and sketch of the little house appeared in the Santa Ana Daily Herald January 2, 1902. The paper published sketches of the city of Santa Ana as it looked in 1877, eight years after the town began in 1869. William H. Titchenal, my great grandfather, was the first man to purchase property and build a home in Santa Ana, California. This deal was the first tangible beginning of Santa Ana, California. That day back in 1869 not only marked the beginning of a city, it also ended more than 200 years of westward movement of the Titchenal family.